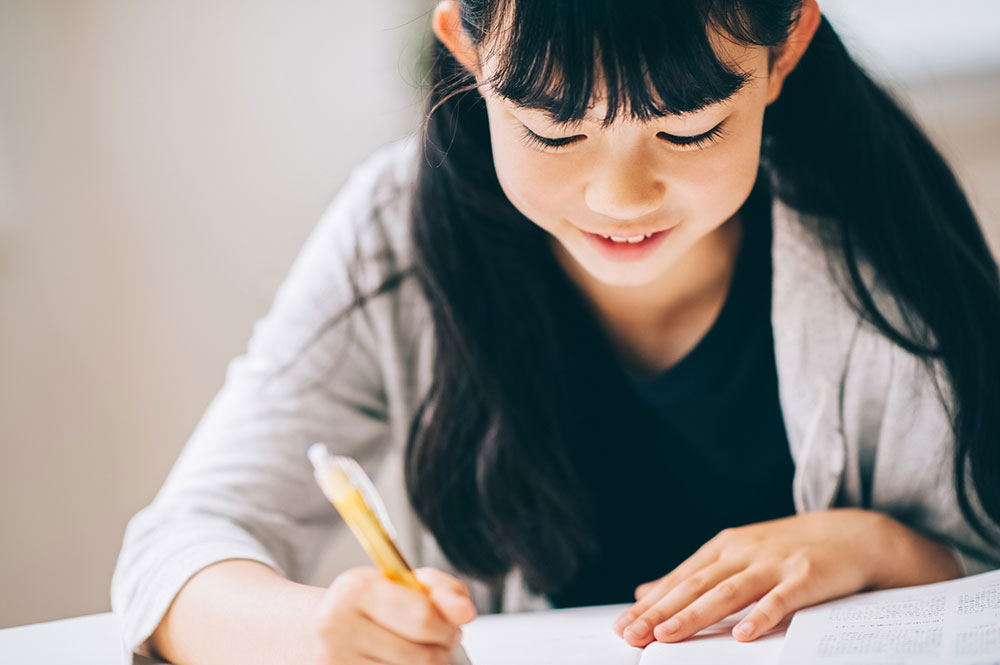 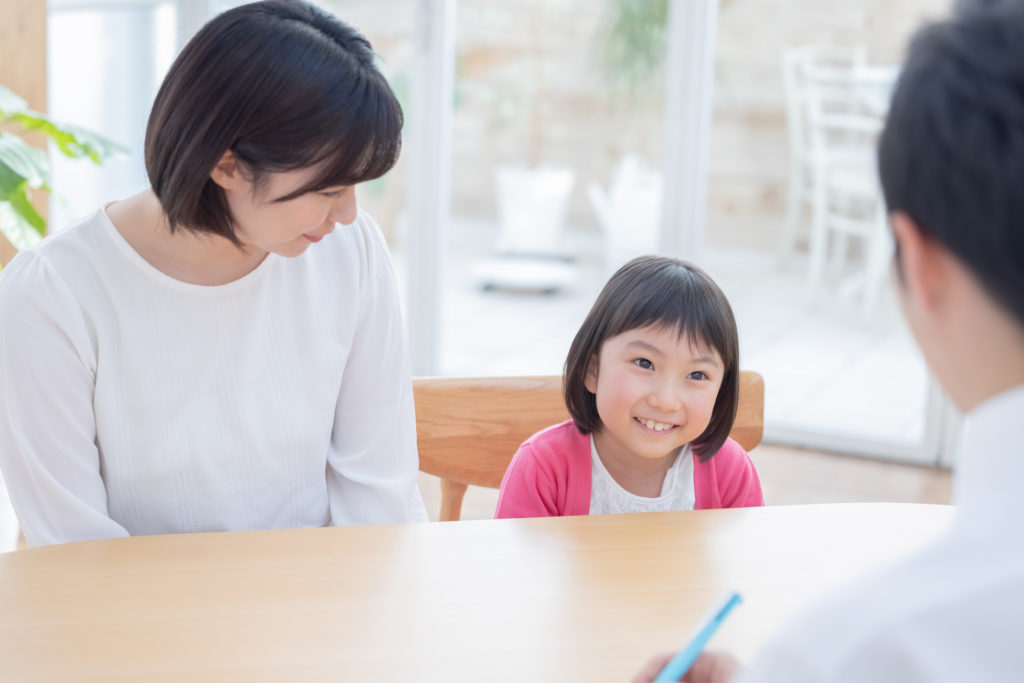 Parents of children preparing for junior high school entrance exams may have a vague sense of their child’s abilities, habits, obsessions, strengths, and weaknesses on a daily basis.

Why don’t you take your vague feelings about your child and put them into numerical form with an intelligence test by a psychologist?

“His math and science scores are always at the top of the public achievement tests at major cram schools, but his Japanese scores fluctuate between 55 and 65 and are not stable. ……”

We received a consultation from boy S’s mother about his Japanese.

S, who attends a major cram school, is always listed among the top 10 students in math and science in the open achievement test, but his deviation in Japanese is over 65 when he is doing well, and around 55 when he is not. Of course, when my Japanese was good, I received an “A” grade, but when my Japanese was poor, I received a “C” grade. “He came to us for consultation, saying, “I am worried about what will happen if my Japanese is not good on the day of the entrance examination.

We immediately had S take an intelligence test to measure his verbal comprehension, perceptual reasoning, memory, and processing speed.Here are the results. (The results are shown with the permission of S and his parents.

S was estimated to be at the highest intellectual level, with an intelligence quotient of over 140. However, his verbal comprehension was found to be lower than other indicators.

S is good at short-term memory of information he hears and processing that information. In other words, he is at the top level in his ability to process a large amount of information accurately and quickly.

However, he is not good at capturing the essence in language. They know a lot of words and have a lot of knowledge, but they sometimes find it difficult to put it to use.

When the mother saw the results of the intelligence test, she was convinced of the reason why her performance in Japanese at the major cram schools was not stable.

After that, I suggested that she “train to explain in her own words” in addition to the Japanese language classes at the major cram schools.

Specifically, I recommended that she write diaries and essays habitually, tell her parents what happened today in a clear and concise manner, and read short essays.

As a result, in the last semester of her 6th grade year, her performance in Japanese, which was her weak point, improved and she not only passed Nada Junior High School, her first choice school, but also passed the Japanese tests of Todaiji Gakuen and Nishiyamato Gakuen without difficulty.

“I’m not good at math at all. When he was in the lower grades, his public achievement test at cram school was not bad at all. ……”

Girl R’s mother contacted us about her child’s math problem.

When I asked her about the details, she told me that she had tried various methods, such as attending a major cram school, individual math classes, and private tutoring, but in her senior year, her performance on the open-book achievement test, especially in math, had been declining.

However, R’s performance in the public achievement tests, especially in math, has been declining.

We then had her take an intelligence test.

The results showed that R’s processing speed was extremely fast, her perceptual reasoning and memory were high, and her verbal comprehension was the lowest of the four abilities (although it was well above average).

In these cases, it is thought that they were perceptually aware of math problems and were able to solve math problems at a high processing speed. However, this way of solving math problems is effective only in the lower grades of elementary school, and it becomes impossible to compete with them in the upper grades, especially at the level of difficult junior high school entrance exams.

R needs to memorize definitions and formulas, study a small number of good questions repeatedly, read the questions carefully, and consider the intentions of the questioner.

So, “Paradoxically, in order to prepare for arithmetic, you should focus on Japanese, especially on reading comprehension. If their Japanese language skills improve, their arithmetic performance will also improve.

In addition, I requested the tutor to reduce the number of math problems to be solved and to emphasize the importance of different solutions, the intentions of the questioner, and similar problems, and also recommended a book on critical thinking used in liberal arts courses for college students.

While working with the tutor to reinforce his math skills, he and his parents spent 10 to 15 minutes every day learning the logic of the Japanese language with a critical thinking book. As a result, his math scores began to rise immediately.

“My memory seems to be bad. I’m not good at memorizing social studies.“

I received a consultation from the mother of boy H, a 4-dan Shogi(Japanese chess) amateur. Not only is he not good at memorizing social studies, but he can only solve 5 moves in Shogi when his rival is a 4-dan player who can solve 11 moves in 9 moves.

The results of the intelligence test showed that H has a good memory and that his perceptual reasoning ability is better than his verbal comprehension ability.

We immediately had him change his study method for social studies from “reading text-based materials” to “looking at materials with lots of pictures”.

He was able to visually grasp the main points from the pictures and diagrams, and after that, he used question-and-answer format to consolidate his knowledge. H. has a good memory to begin with, so the retention of the knowledge he learned through this method was remarkable.

In addition, I gave the following advice to his shogi instructor.

I also gave the following advice to the Shogi instructor: “Show H the Tsume-shogi problems visually so that he can memorize them in his mind. Then, close your eyes and let him solve Tsume-shogi in his mind (without using a shogi board).

The moment I changed the method of studying Tsume-shogi from the trial-and-error method of laying out Tsume-shogi problems on a Shogi board and using the pieces, he started to solve problems with 11 moves instead of 9 moves.

H was the type of person who memorized visually, not by writing.

In addition to providing parents with support for their children’s entrance examinations, we will also provide clear guidelines for the most common problem that many parents face: “My child’s grades are not improving even after attending a cram school.

“In addition to individual consultations with the director of AKIRA’s Exam Consultation Center, psychologists will test your child’s intelligence and propose an exam preparation and study plan to help your child pass difficult-to-enter junior high schools.

Test Location
Public place around JR Amagasaki (Please bear your own transportation and accommodation expenses to the interview location in Amagasaki, Osaka, etc.)

The process of intelligence testing by a therapist

Please feel free to contact us from the contact page. We will give you an overview of the intelligence test. It is free of charge.

The first step is for the parents to meet with the director of AKIRA Exam Consultation Center. The interview will take about 60 to 90 minutes.

Most cram schools offer individual interviews and consultations free of charge. The purpose of individual consultation at AKIRA is not to induce you to join a cram school, but to help you resolve your worries and concerns.

“In order to analyze the reason why your child’s grades are not improving at the major cram schools, a psychologist will administer an intelligence test to your child. A therapist will conduct an intelligence test on your child to measure his or her ability to understand words, perceptual reasoning, memory, and processing speed. The intelligence test by the psychologist is scheduled to take two to three hours. Afterwards (about a week later), we will have a meeting with the director, psychologist, and parents to report the results of the test and make suggestions on future learning methods. (1 to 2 hours)

Message from a therapist

Early learning habits and images of learning (fun, difficult, painful, annoying) in elementary and middle school lead to motivation to learn. And it has such an impact that it can affect the child’s future afterwards.

From the upper grades of elementary school, the difference between what they are good at and what they are not good at becomes more pronounced.

There are many reasons why children become weak at learning, but one of the major factors is their personal characteristics. If families can quickly recognize and overcome their children’s characteristics, it will lead to a sense of self-affirmation and self-respect in later life. If you have even the slightest concern about your child’s learning, please contact us.