About us – My History 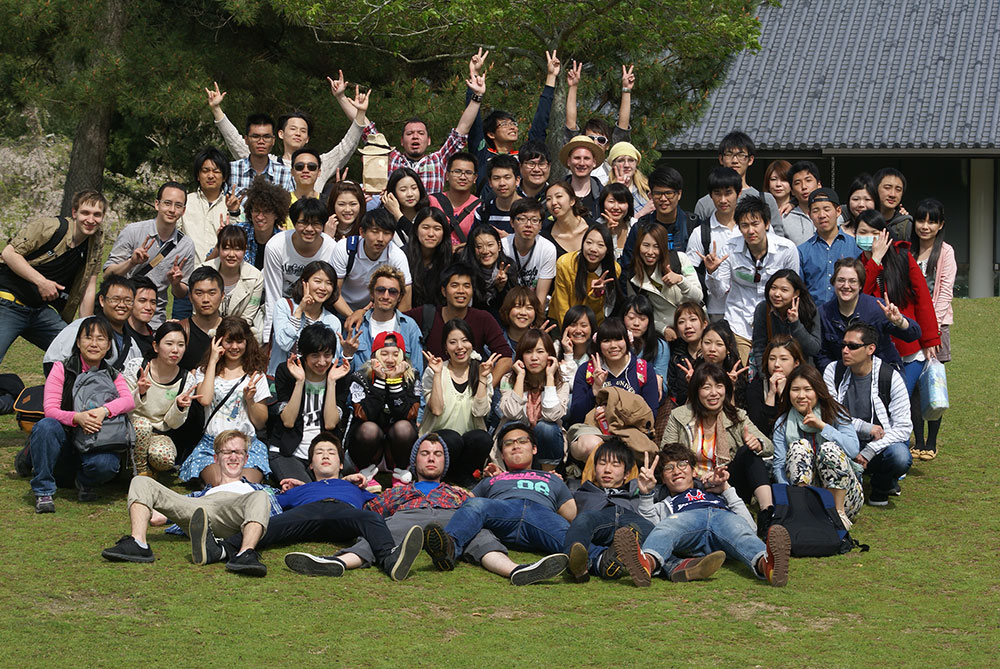 Born and raised in the suburbs of Kanto, I have had the desire to see the world in many different ways since I was a child. After graduating from junior college, I got a job at a major travel agency and was assigned to a department that dealt with overseas travel planning and escorting, as I had hoped. My job was to take customers overseas and support them to enjoy their trip safely and in cooperation with local staff. I learned a lot and found it challenging, but more importantly, I had faced in a lot of trouble. There were many times when things didn’t go according to our original plan and we had to make changes. The frustration of not being able to express myself in English even when I had something to say made me want to learn English.

“I thought that the best way to learn English was to live in an English-speaking country, and I wanted to study abroad.
However, I had just started working, so I didn’t have any savings, and I couldn’t rely on my parents, who were relieved that they were no longer responsible for my tuition fees, so studying abroad was just a dream. Even so, I had a strong will to study abroad!! so I started digging out all my resources, and told everyone about my desire. A few months later, I was told by a senior acquaintance of mine that my company N-company was looking for people who would be able to work overseas to promote their overseas projects. I immediately contacted the N-company and was able to meet with the president. At that time, I told them about my motivation and what I had experienced so far, and I was able to participate as a member of this program, and the company covered my travel and tuition fees, allowing me to study in the U.S. as I had hoped.

“I can speak English now, but…” Searching period, first half

I had planned to study in the U.S. for two years until graduation, while doing the work my company asked me to do. However, a year after I arrived in the U.S., the post-bubble recession brought the project to a halt, and I had nowhere else to go. I was unable to receive any financial support after that, and thought about returning to Japan. However, I thought, “It would be a shame to quit halfway,” so I asked my parents for help. They managed to pay my tuition for the rest of the year and I was able to graduate.
After graduation, I was not sure if I would return to Japan or not. I had come to the U.S. with the goal of learning English, and now that I could speak English to some extent, I should be satisfied with that. However, I quit the travel agency, the company I was supposed to work for was gone, and I was not sure if there was anything I wanted to do or a place for me back in Japan.
At any rate, what I “had to do” was to work. Having graduated from an American university, I could obtain a visa for a two-year work experience. My position (status) in the U.S. was that I was Japanese and that I had a degree in finance. If you don’t have a job that makes use of these two things, you can’t get a visa in the US. Therefore, I moved to New York where many Japanese companies are located and decided to work at the New York branch of a Japanese bank. The salary was high, but I didn’t find the desk work and routine of doing the same thing every day worthwhile, so I decided to change jobs two years later when I became a permanent resident. I had always enjoyed traveling, so when I heard that an American airline was looking for a Japanese flight attendant, I applied for the job and ended up working as a flight attendant on flights to over 50 countries in Asia, South America, North America, Europe, and Oceania.

“What happened in private? ~ “

I moved to New York City and I have met a nice American man. We have been dating and living together for a while, and, I had to decide whether to return to Japan or not when my visa was about to expire. The man proposed to me and we got married. As our married life began and our son was born, the idea of living in the U.S. permanently seemed more and more real. Then, for some reason, I began to miss Japan very much. I hadn’t been back to Japan for a total of four years. In addition, living in a foreign country, I had many opportunities to talk about Japan (because everyone asks me about it), and I realized how little I knew about my own country. I was embarrassed that non-Japanese understood the good things about Japan better than I did, because by living in a foreign country, I was able to reaffirm the good things about Japan.
Now that I have a son and have started a family in the U.S., it is difficult for me to live in Japan now, but I would like to travel back and forth between Japan and the U.S. I wanted to do so, and my job as a flight attendant for an airline that allowed me to visit Japan for work was very beneficial.
I realized that getting married, regardless of whether the other person is a foreigner or not, means sharing not only each other’s personality and compatibility, but also the family environment in which you grew up and your values. There are differences even between people from the same country, but especially when you are a foreigner, you share different cultures, ethnic histories, and religious views. His father was Jewish-American and his mother was Russian-Polish, so his father taught me a lot about Jewish history and his mother taught me a lot about Eastern Europe.
I am grateful to my parents-in-law who tried their best to accept a daughter- in- law like me who was born and raised in a foreign country.
Unfortunately, our marriage didn’t last long, but even after the divorce, they treated me as family and we spent time together at family events and gatherings.

“What the hell do I want?” Searching period, Second half

I’m sure I chose a job that would allow me to travel to many different countries and have many advantages. However, if you ask me if I felt satisfied or fulfilled by it, I did not. It is true that on an international flight, you can come into contact with international celebrities and people of other cultures that you would not be able to meet if you were living an ordinary life.  In that meaning, it was a very attractive place to work. The crew members I worked with were also very unique people, so I enjoyed working with them and looked forward to going to work every time. However, the work environment was harsh. Working at an altitude of 10,000 meters, in a very dry cabin, doing hard labor standing for long hours, dealing with problems that occurred on the plane, and living an irregular life (with different time zone and seasons for various destinations) made it difficult to manage my physical and mental health. When I was going home after a flight, I would always ask myself, “Can I continue like this for many years? I was always asking myself.

When I think about it, my former desire to “see the world in a variety of ways” was not about “places” such as tourist spots, but about interacting with the local people living there, wasn’t it? And I thought again that the advantages was to be able to “get involved with many people. I thought again. In the places I flew to, I often stayed by myself, and it was both strange and exciting to expand my relationships with people, such as talking with people I met at the local supermarket or flea market at a café, or being invited to dinner with their families right after I met them. Also, at the airline where I worked, it was a requirement to be able to speak a second language other than English (in my case, Japanese) in order to fly international flights. I was experiencing cultural diversity for almost every flight. In the process, I naturally realized that there were patterns and habits in the way people thought and acted, and my interest in “human beings” shifted. In addition, I’d been having counseling sessions with my son at his school (click here for more details), which led to my growing interest in the study of psychology as a way to understand people. My job as a flight attendant allowed me to take vacations easily and able to focus on during my off-duty period. study in a coherent manner, so I studied psychology little by little during my tenure.

And the decisive trigger was the September 11, 2001 terrorist attacks. My former co-workers at the bank and the airline were involved in this tragedy. I was unable to go to work for more than a month and stayed home depressed (read more here). The reason I was able to escape from this state was because I participated in a funeral (memorial) that was held jointly by Company A and Company U. At the memorial, family members and friends introduced the profiles of the members and episodes from their past, and the remaining family members were able to share their thoughts and feelings with us. One of the colleagues said, “It could have been me on that plane, but God didn’t choose me, so I have to fulfill my mission until the day I am chosen. After hearing that, I was determined to move forward.

I think I started to be aware of my mission at that time. After that, I decided to return to Japan when my son went to university and my mother became ill. I decided to take a five-year leave of absence from the airline, and during that time, I made the decision to study clinical psychology at a Japanese graduate school in order to study psychology and build a second career in Japan.

Currently, I am working as a counselor, teaching psychology in both English and Japanese at school while utilizing my English skills and interpersonal experience that I have cultivated. I also work in the medical field as a counselor in a clinic. I also provide interview preparation and coaching for interviews for universities and companies. In study guidance using psychological tests (WISC), I determine the characteristics of an individual and then suggest a study method that is suitable for that person.

There are times when I wonder who my guardian is.
It can be myself, family, a friend I trust the most at the time, or a passerby I happen to meet…
Anyone can be a guardian, as long as they have a place in their heart.